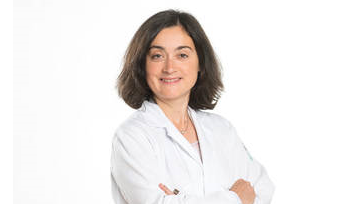 The prize is named after two women with distinguished medical careers: Lina Stern, who was the first woman to hold a professorship at the Faculty of Medicine in Geneva, and Ruth Gattiker, who was among the first female professors appointed at the Faculty of Medicine in Zurich. The Stern-Gattiker Prize is awarded each year to a female medical scientist who has obtained her postdoctoral qualification within the past ten years, holds a permanent position as a senior hospital physician, and is suitable to act as a female role model in academic medicine. The prize carries an award of CHF 15,000.

«Prof. Annalisa Berzigotti absolutely is the right person for this prize», remarked by Prof. Dr. med. Jean-François Dufour, Head Physician and Clinic Director Hepatology, University Clinic for Visceral Surgery and Medicine. We are extremely proud that Prof. Berzigotti was chosen by the Jury out of more than 40 applications for this prize.

Benoît Pochon Prize awarded to Dr. Moghadamrad for her publication "Attenuated portal hypertension in germ-free mice: Function of bacterial flora on the development of mesenteric lymphatic and blood vessels" - in Hepatology 2015 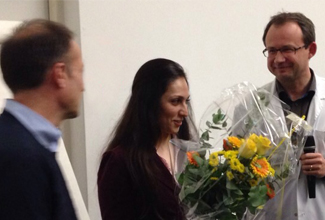 Waters Centers of Innovation Honors the Clinical Metabolomics Facility - the University for Visceral Medicine and Surgery, the University of Clinical Chemistry, the Center of Laboratory Medicine - Inselspital 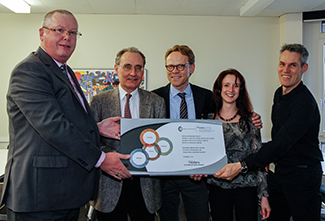 Recognizing Innovation in the field of Clinical Metabolomics and Translational Biomarker Research - December, 2014